This project was created to bear witness to the profound cultural and social transition that is taking place in Williamsburg. This particularly resonates with me as my own personal experiences are deeply punctuated by survival, assimilation, migration, and resettlement. As a result the themes of renovation, re-invention, roaming and ritual were implemented during my tracing of the streets, monuments, and public parks in the neighborhood. The project concluded with return to Panoply Performance Lab to integrate found items collected during my sojourn with previously gathered materials such as chalk, paint, maps of the area, and tape. A social media component was also deployed where I could be followed on Instagram @dellmhamilton #WhereElse_Williamsburg.

To see video from this project check out this Vimeo link and WEW will start at about 5:10, other wise you can also watch clips from two other recent projects that are at the beginning of the video: vimeo.com/125730702 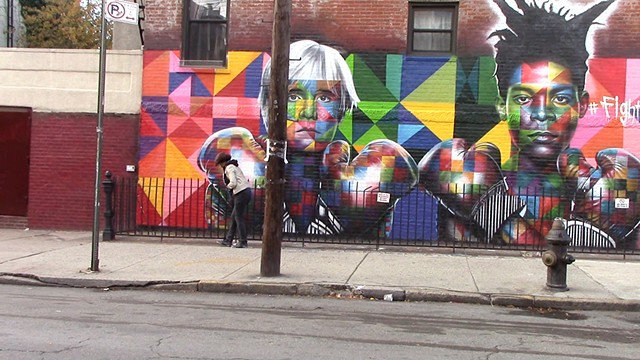 Where Else Williamsburg?
13 Hours
next >